Phase 2A picks up where Phase 1 left off and builds on the improvements already in place. An additional 800 LF of open channel and 100 LF of 4-foot by 8-foot concrete box culvert will be installed from Playground Road to the terminus of Phase 1 (West Ashley bikeway and Playground Road). Additionally, approximately 800 LF of pipe will be installed along the west side of Playground Road between 5th Avenue-Maryville Road and Falkirk Drive. The city has designed proper maintenance access into the project to ensure that crews can properly care for the new stormwater infrastructure. As a result, some additional property is being purchased from property owners to facilitate access. 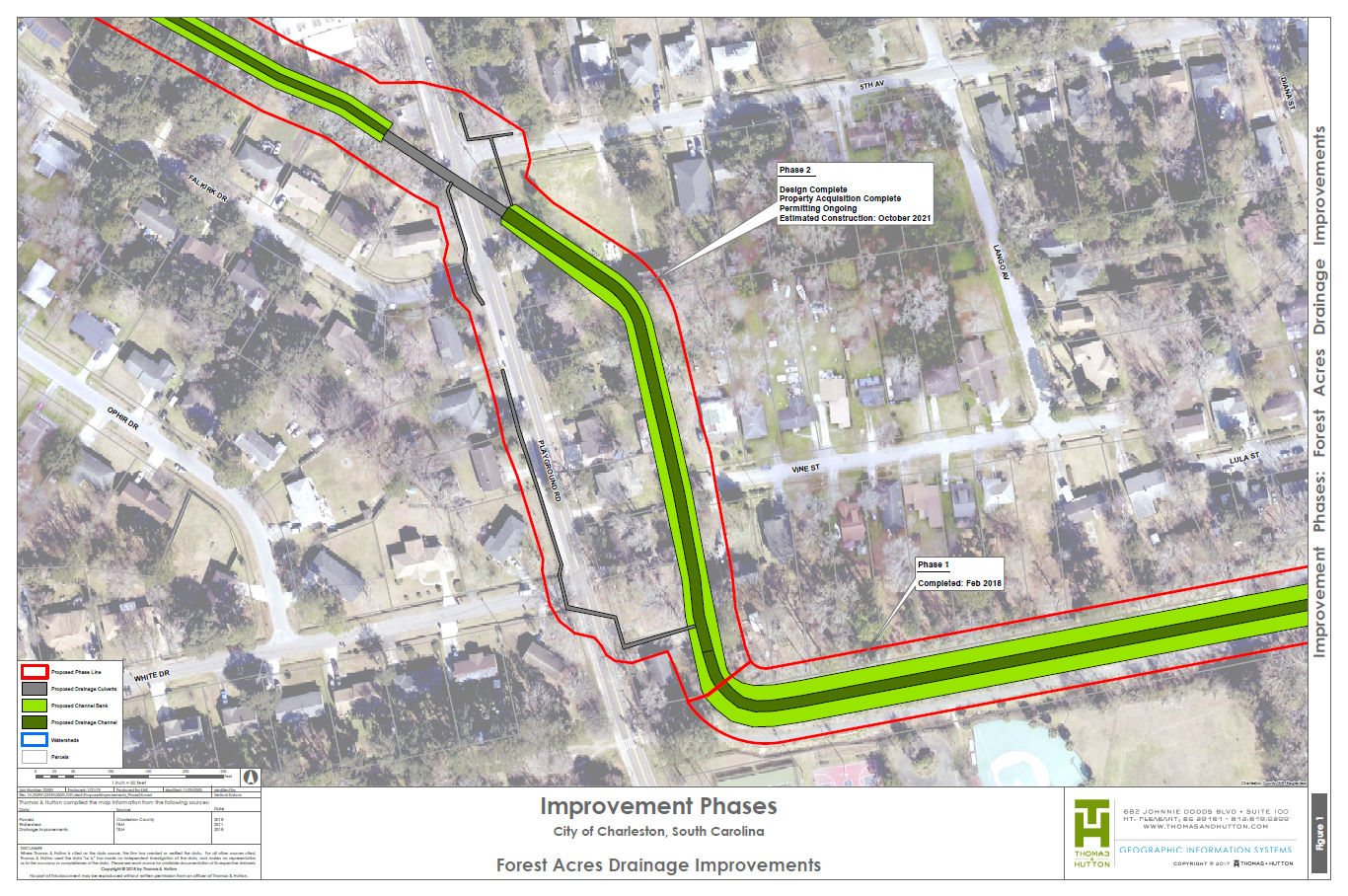 The City of Charleston proposes to construct drainage improvements within the Forest Acres and 5th Avenue drainage basins in the West Ashley area of the City of Charleston. The drainage improvements are intended to alleviate various drainage and flooding issues including reoccurring structural flooding within the Forest Acres Drainage Basin. Phase 2B is currently is the design phase and includes the drainage system upstream of the intersection of Playground Road and 5th Avenue. This phase includes improvements to the existing system comprised of the channel extending from Playground Road along the western boundary of St. Andrew’s Parks and Playground and the storm drain system that parallels Brookwood Circle and connects into an existing system at Ashley River Road. Phase 2B also includes improvements to the channel that runs along the southern perimeter of the Palmilla Apartments. The improvements will consist of open channel sections, channels with retaining walls, and sections of piped drainage. These improvements will not only address existing drainage problems but will provide access for City crews to inspect and maintain the system. 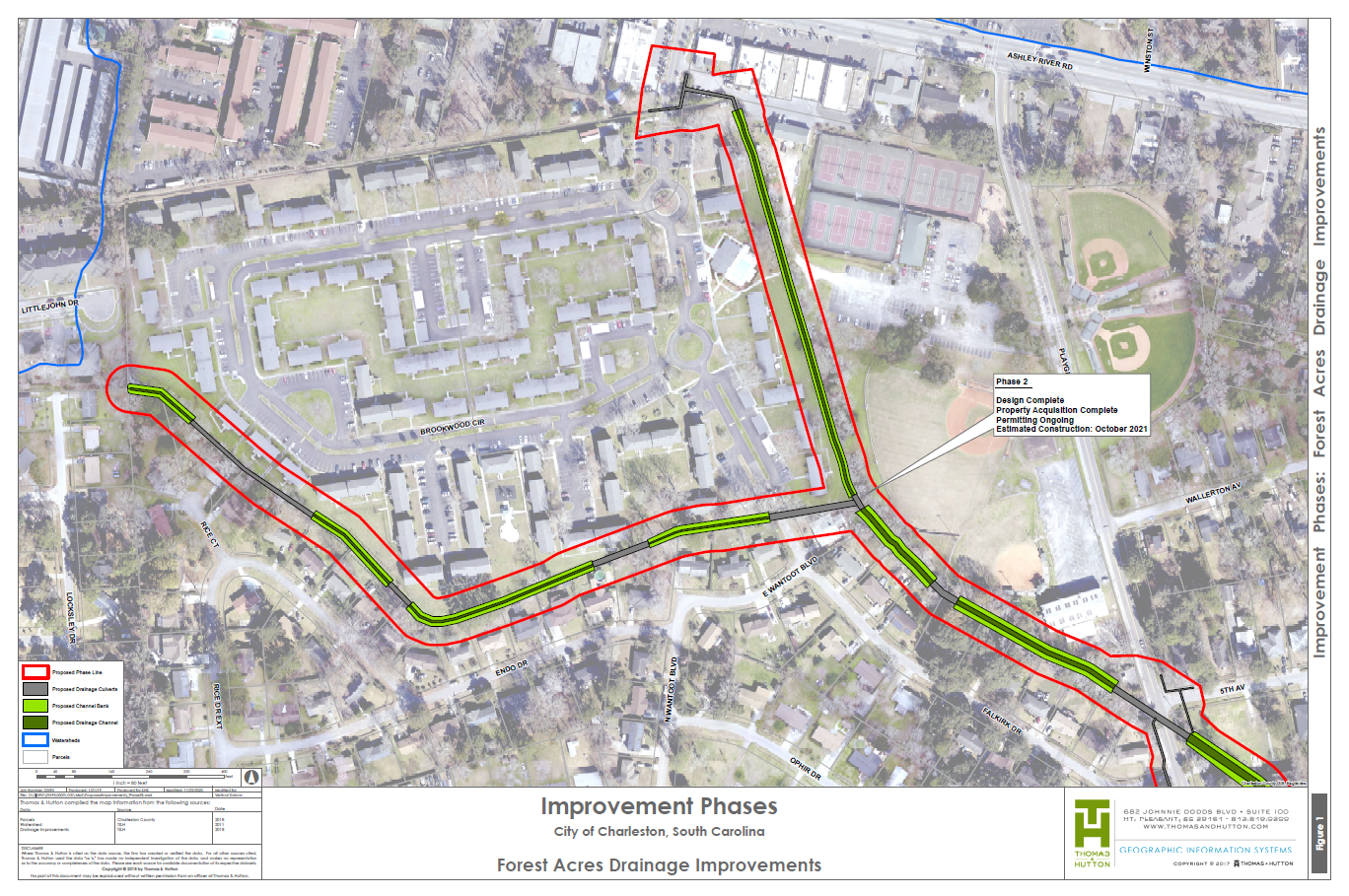