Phase 1 of the proposed drainage improvements were completed in 2018.

Phase 2 was initially designed and nearly fully permitted in 2019. This original design consisted of complex drainage structures designed to avoid conflict with some of AT&T’s major duct banks under Playground Road. However, due to ongoing and extensive coordination with AT&T, and AT&T’s decision to relocate their utilities along Playground Road, the proposed drainage improvements were redesigned accordingly. The redesign of Phase 2 is complete and is in the permitting process.

Phase 2 began construction in September 2022 and will be divided into two parts.

Phase 2A is expected to start on or about September 1st, 2022. Within the first 3 months, the contractor will be preparing for infrastructure installation by staging materials, installing soil erosion measures, clearing trees and debris, demolishing structures, and performing investigative work.

Once this construction preparation is complete, the contractor will begin the improvements at Playground Road and Fifth Avenue. Additional information to follow regarding road closures and detours in this area.

Once Phase 2A is complete, Phase 2B will begin. Phase 2B starts after the crossing of Playground Road on the northwest side and extends along the St. Andrews Parks and Playground property then extends nearly to Ashley River Road. The project also improves the existing channel between the Palmilla Apartments and the N. Forest Acres neighborhood. Phase 2B is expected to start sometime in the second quarter of 2023. 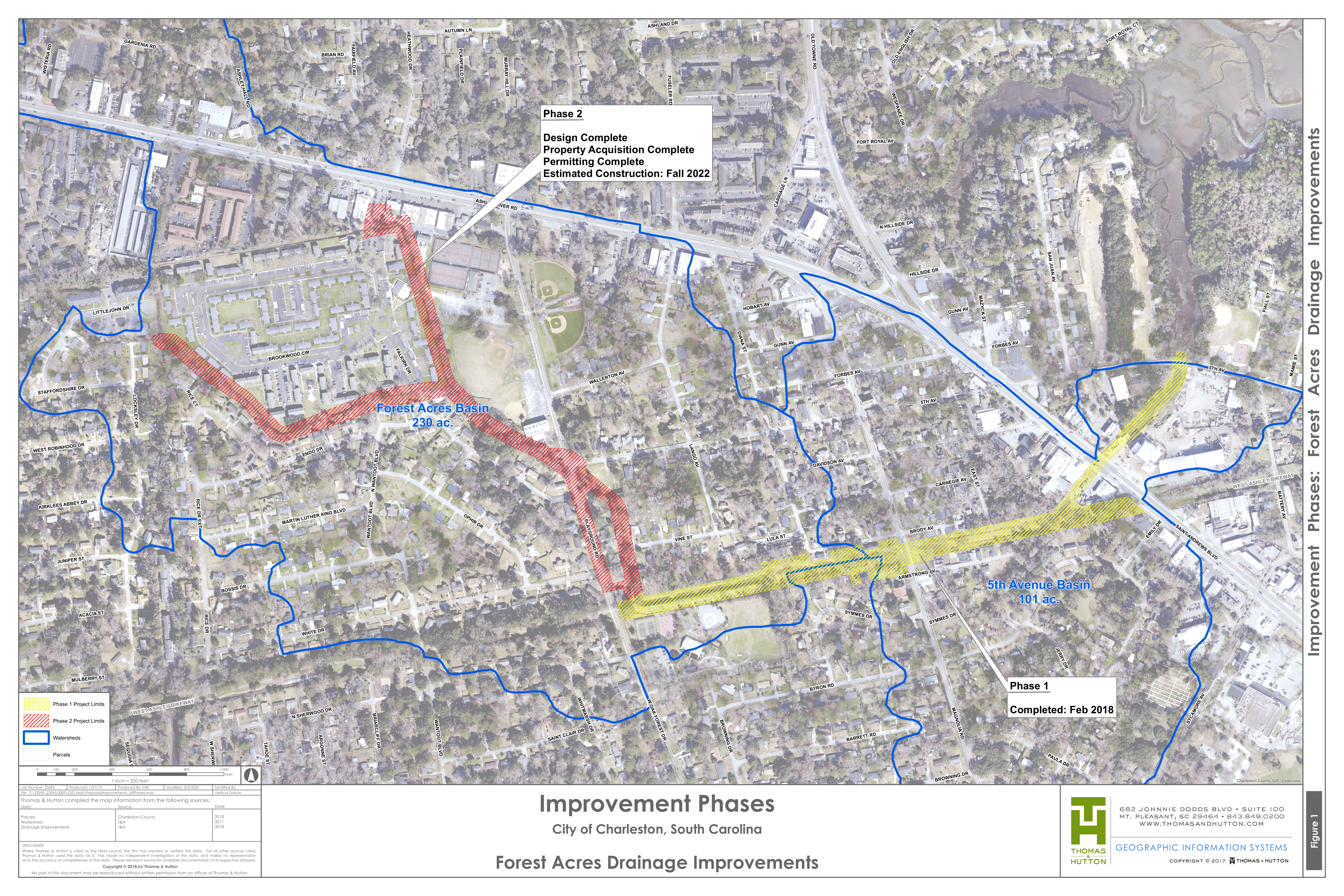