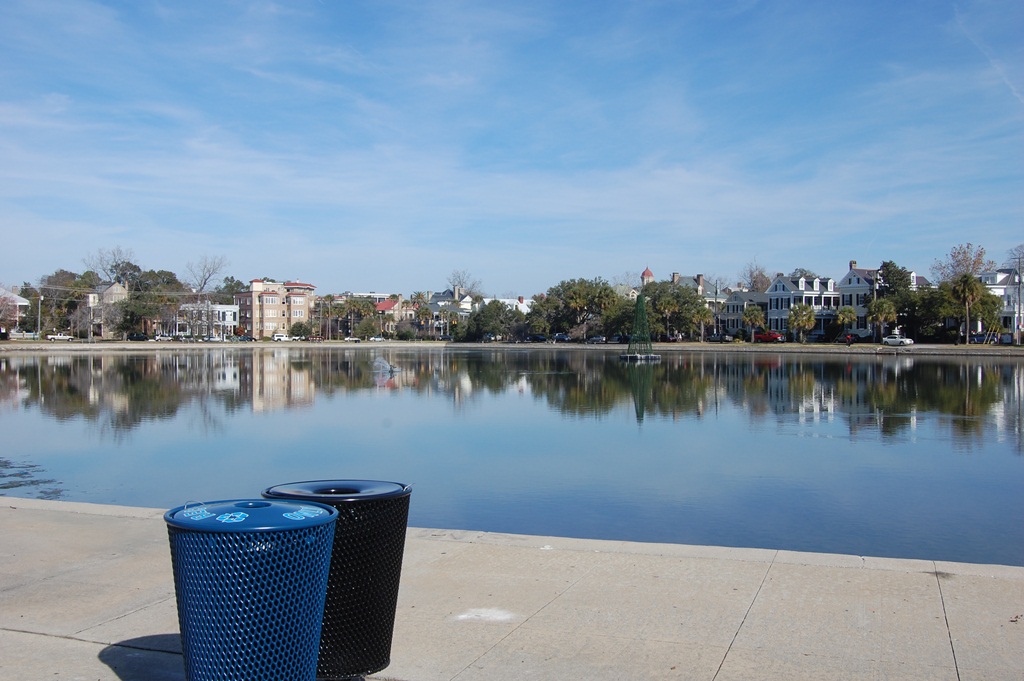 KCB works with the Parks Department to help install recycling bins in City parks. The goal is to reduce the amount of waste & litter generated within City parks, and increase the amount of recycling diverted from landfills. The City of Charleston's Department of Parks maintains and empties the bins within the parks. The materials are taken to Charleston County drop-sites. Keep Charleston Beautiful hopes to see Green Spaces Recycling spread to every City park. Grant funding from Keep America Beautiful and its supporting companies has allowed the instillation of recycling and trash bins in many City parks.

The most important thing you can do is make sure you put the right items in the right place. Before you place something in the recycling bin ask yourself these questions:

Here are a few non-recyclable items we find in our recycling bins: