The intersection of Huger Street and King Street has been subjected to flooding following major rainfall events for years. This flooding has prevented passage of vehicular traffic and has caused significant property damage in the past. During major rain events, parts of the intersection have experienced flood inundation depths near 2-3 feet.

In October 2018, Johnson, Mirmiran & Thompson (JMT) completed and submitted a drainage basin study to the City addressing the current challenges and recommendations on how to improve the drainage in and around the Huger Street and King Street intersection, including upsizing portions of the conveyance system and installing a pump station to manage the run-off of major rainfalls.

From the October 2018 study, the City is moving forward with implementing drainage improvements to the basin including increasing storage in the area, upsizing select existing conveyance systems, and building a pump station to handle flow from significant storm events. The work will be conducted in two phases: Phase 1 improvements are in preparation for the pump station that will be installed during Phase 2. Phase 1 construction began in June 2021 and is anticipated to last for four to five months. 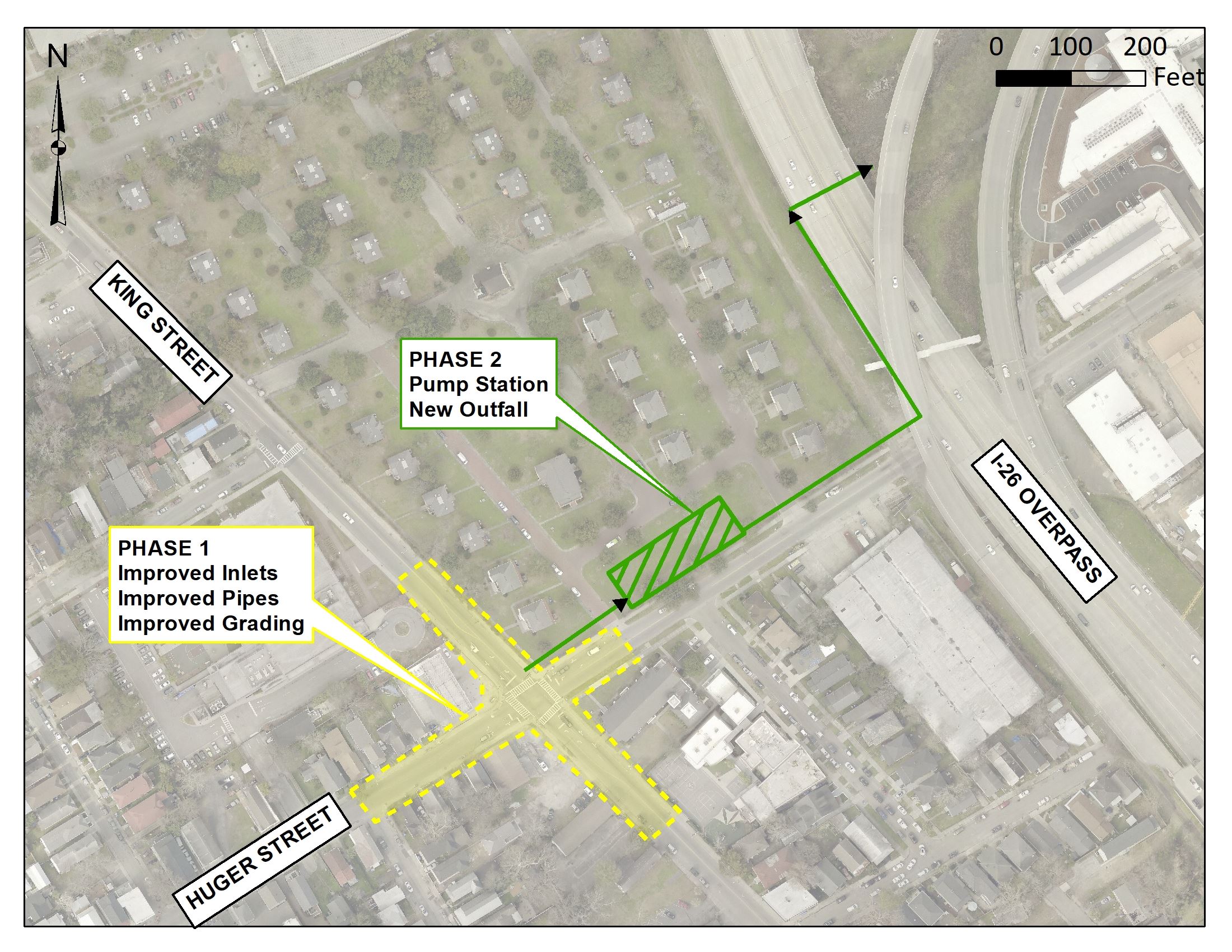