Two alternative draft redistricting plans have been added to the interactive map as Alternative 1A and Alternative 1B.  The original draft prioritizes constituent consistency.  These new alternatives (1A & 1B) prioritize communities of interest and compactness over constituent consistency.  These alternatives are essentially identical - in each scenario the Councilmembers currently representing districts 3 and 6 are drawn into the same district.  The alternatives vary in the district numbering which drives those councilmember's opportunity to run in the 2023 election.

We invite citizens to submit comments through one of three ways:

A revised draft of the City's redistricting plan that addresses all public comments that could reasonably be incorporated is now available for viewing on the Interactive Map.  Still have comments?  Please send an email to  redistricting@charleston-sc.gov.  We have also added to our FAQs based off of some of the comments we received.  Most notably it's important to point out that city council districts have no impact on school district boundaries, neighborhood boundaries or city services.

Thanks to everyone who submitted comments through Open Town Hall or the Citizen Engagement Portal!  Although those have closed, you can continue to send comments or ask questions by sending an email to redistricting@charleston-sc.gov.  We have a lot of resources out there so below is a summary in one place:

The draft plan is now available on the City's Open Data Portal.  From the open data portal, the plan can be downloaded in CSV, KML, Esri Shapefile, or GeoJSON formats.  The data is also accessible via API in Esri GeoService and GeoJSON formats so that developers can build their own apps using this data.  Send any questions to redistricting@charleston-sc.gov and we will respond as quickly as we can.

If you were unable to attend our public webinar held on Wednesday, June 29, 2022 you can view it anytime on the City of Charleston YouTube page.  See the links below for viewing the draft plan and submitting comments.

View the draft plan map!  Use the link after 5:00PM on June 29, 2022 to view the plan draft that is being presented in the public webinar.  After the webinar, citizens can submit comments until 8:00AM on Monday, July 18, 2022 via our Open Town Hall portal or the Citizen Engagement Portal.  For those that are technically savvy, you can submit your own redistricting plan.

Finally!  There will be a public webinar about the City of Charleston Redistricting held on Wednesday, June 29th at 5:00 PM via Zoom webinar.  During this webinar, city staff will share redistricting resources, review the process and objectives, present the draft plan, and provide guidance on how to provide comments or even submit your own plan for consideration.  To attend, please register in advance at https://us02web.zoom.us/webinar/register/WN_ORgnwHVsRoq_3MIk-7dk2A.

Our survey is now closed. Thanks to everyone that took a few moments to share thoughts and concerns regarding the city's redistricting process. We have posted all of the results from our survey at https://www.surveymonkey.com/stories/SM-YN77SYLW/.

Over the next couple of weeks we will be working to finalize viable redistricting alternatives and scheduling our public engagement workshops to review the alternatives being considered and gather feedback. Those details will be posted here and communicated via email updates as soon as they have been set.  Any additional questions or concerns can be shared by sending an email to redistricting@charleston-sc.gov

Did you know that from 1965 until 2013 the City of Charleston redistricting plans required review and preclearance by the US Justice Department?  Visit our FAQs at the bottom of this page to learn facts on some misconceptions about the redistricting process.  We'll continue to build our FAQs based on questions we encounter throughout the process.

We've also launched a portal for the public to submit their own redistricting plans for consideration. 2020 Census Block data and an example Block Equivalency File are available on our  Open Data Portal.  In order to be considered, submitted plans must not have a district that deviates more than 10% from the desired 12,519 needed to rebalance.

The table below provides our baseline data by city council district based on the 2020 US Census data released in September 2021.  The 2020 US Census estimated the City's population to be 150,227 on April 1, 2020.  This means that after redistricting, each council district should represent 12,519 people (plus or minus 5% or 625 people).  To view more detailed maps that illustrate how our population has changed and shifted, visit our Redistricting Storymap.

We will soon be kicking off the public engagement phase of the 2020 Redistricting process.  Please help inform our engagement process, by taking this brief survey! 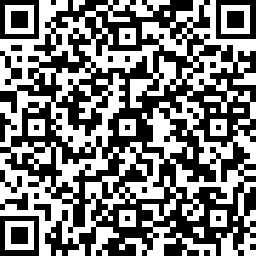 The City of Charleston legislative body is made up of thirteen (13) members representing twelve districts plus the Mayor.  The City is constitutionally required to rebalance districts every ten years based on new data released by the US Census.  This process is called redistricting.  This page will be updated regularly with new information and resources to keep citizens informed and engaged throughout the process.

The City recently started the redistricting process.  The data that is needed to redraw our political boundaries was released by the US Census on September 16, 2021.  Our priorities for redistricting include the following:

Later this month, we'll be launching a public engagement portal that will include a survey to inform the public meetings and redistricting plan.  In January, we will begin to hold public meetings and workshops to gather information to create a final plan that will be adopted by City Council.  The infographic below illustrates our anticipated timeline. 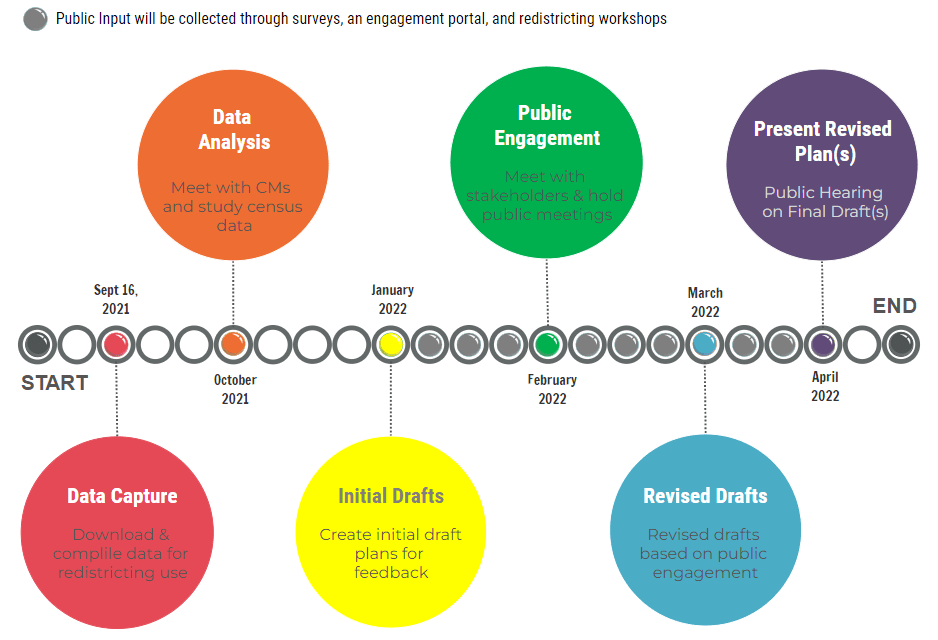 Was the quality of the 2020 US Census impacted by the pandemic?

The goal of the US census is to count everyone once, only once, and in the right place. In preparation for the release of census data, using permit and demolition city staff estimates of total population was within less than 1% of the total population counted by the US Census. To further validate the data once released, city staff conducted block audits where significant changes raised concerns. Researching the changes that have occurred in the past ten years in those blocks aligned with the changes we saw in the US census data. Visit the site on 2020 Census Data Quality to learn more.

Does redistricting change the boundaries of the City?

No. The purpose of redistricting is to equally redistribute the population in each district within a jurisdiction. Redistricting does not involve changing the overall jurisdictional boundaries.

Why is this process happening now?

We are constitutionally required to actively work towards implementing a new redistricting plan once the US Census data (specifically the Public Law 94-171 file) is released. That file was released on September 16, 2021 and is available for download at the US Census site.