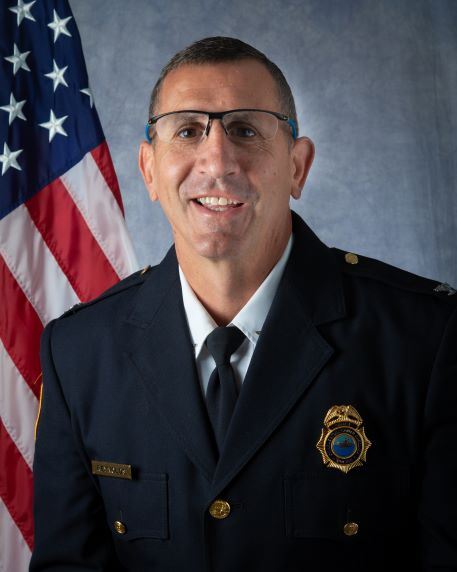 Chief Reynolds has worked with highly diverse communities, including those representing over 150 languages and an even more significant number of cultures. During his service as Assistant Chief of the Patrol Bureau, he had oversight and responsibility for the Community Engagement Division, which encompassed many related programs, relationships, and engagement activities.

Chief Reynolds has a Master of Science degree in Business with a concentration in Information Systems Technology from Johns Hopkins University. He has a bachelor’s degree in Criminology from Florida State University. He graduated from the FBI’s National Academy and National Executive Institute, the Major Cities Chiefs Association’s Police Executive Leadership Institute (PELI), and the Police Executive Research Forum’s Senior Management Institute for Police (SMIP).