The Historical Commission of Charleston, 1933-2018

The Historical Commission of Charleston and its Successors, 1933-2018

On May 28, 1933, City Council established the Charleston Historical Commission (the Commission) for the collection and preservation of historical records pertaining to the history of Charleston, as well as the promotion of the City as a historical tourism destination. In 1935, the Commission opened its first office at 92 East Bay Street. Manned by the secretary to the Commission and decorated with artwork and artifacts on loan from local collectors, the office acted as the City’s first visitor center.

One of the major functions of the Commission involved historical research. The Commission Secretary, Mary A. Sparkman, conducted research and answered questions related to the history of Charleston for City Council, City departments, and the general public. The Commission also submitted articles on local history to the Clerk of Council for inclusion in the appendix of City Yearbooks.

In order to promote Charleston as a historical tourism destination, the Commission commemorated persons, places, and events relevant to local history through the publication of historical material and establishment of monuments and historical markers. The Commission distributed pamphlets and maps to local hotels to encourage visitors, many of whom came for business, to extend their stay. They likewise presented historical programs at the Azalea Festival and on radio programs.

One of the Commission’s most vital functions focused on the collection and retention of historical records. During the Civil War, City leaders removed official records to Columbia for safekeeping where they eventually fell victim to fire. Records that remained in Charleston were scattered and disjointed. After the war, the City lacked a comprehensive system of organization and preservation. Records were haphazardly stored in closets and basements. A desire to promote Charleston’s history and prevent outside persons from removing historical records prompted efforts to create a more judicious system of record storage and preservation. The Historical Commission conducted a survey of records held in City offices and eleemosynary institutions. After identifying material to remove for preservation purposes, the Commission worked with independent institutions including the South Carolina Historical Society and College of Charleston to locate appropriate space for storage.

Another function of the Historical Commission centered upon the supervision of tour guides. The question of administering a test to tour guides prior to licensing first arose in 1935. As early as 1952, the Commission held a series of biennial classes that culminated in a sixty-question exam and graded tour demonstration. Those who passed the exam earned a “card of approval.” The Commission likewise examined and assessed guidebooks on Charleston. 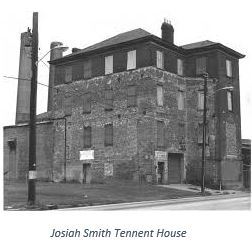 Commission Secretary Mary A. Sparkman carried out the work of the Commission almost exclusively. Along with running the Commission office, Miss Sparkman solicited and edited historical articles for publication, wrote articles for publication in local newspapers, and answered research questions from the public and City departments. She also wrote the City’s first examination book for tour guides and played an instrumental role in class instruction. When Miss Sparkman retired in 1956 after twenty-one years as Commission Secretary, City officials decided to allow other agencies to fulfill the role of the Commission and closed the office.

While the Commission remained officially in place until 1975, they met rarely, usually at the direction of the mayor for a specific purpose. The South Carolina Historical Society continued to hold many of the City’s older historical records, while more recently created records remained with the offices of origin. With little room for storage, department leaders eventually moved their steadily accumulating records to the dilapidated Josiah Smith Tennent House, a City-owned building near the former incinerator, which essentially became a dumping ground for inactive records.

In 1974 concern over the regulation of the tour guide industry led to the combination of two inactive commissions, the Arts Commission and the History Commission, and the creation of the Arts and History Commission under the Arts, History, and Tour Guide Ordinance. The new commission held the authority to regulate the licensing of tour guides, sightseeing vehicles, and the placement of historical markers and art installations in public areas. The growth of tourism in the ensuing years and need for stronger management of the industry led to the creation of a separate Tourism Commission in 1983. The Arts and History Commission, meanwhile, continued its work regulating historical markers, monuments, and art installations until 2018 when the City again separated it into two separate entities, the Arts Commission and the History Commission.

In 1976, the passage of the South Carolina Public Records Act placed a renewed focus on issues of record storage and retention. When Mayor Joseph P. Riley, Jr., took office that same year, he conducted a review of municipal properties whereupon he discovered the pitiable state of the City’s records storage practices. With the guidance of the South Carolina Department of Archives and History and funding from the Comprehensive Employment and Training Act (CETA), Riley authorized the creation of the City of Charleston Archive and Records Division in 1977. The City Archive generated retention schedules for municipal records and created the space necessary to house inactive and historical records when they moved into offices at 100 Broad Street. There the Archive and Records Division remained a vital tool in ensuring proper records retention and storage of historical records for year to come. In 2002, the City transferred some of its older records to the Charleston County Public Library (CCPL) in order to make the documents more widely available to historians and genealogists. At that time, the City changed the name of the division to that of Records Management. While the City Records Center still holds many records of historical value, the primary focus of the division now centers upon its records management function.

The CCPL holds minutes of the City of Charleston Historical Commission dating from 1933-1956. More information is available at their website.